The pie charts below show the greenhouse gas emissions for last year by sector for Australia and New Zealand. 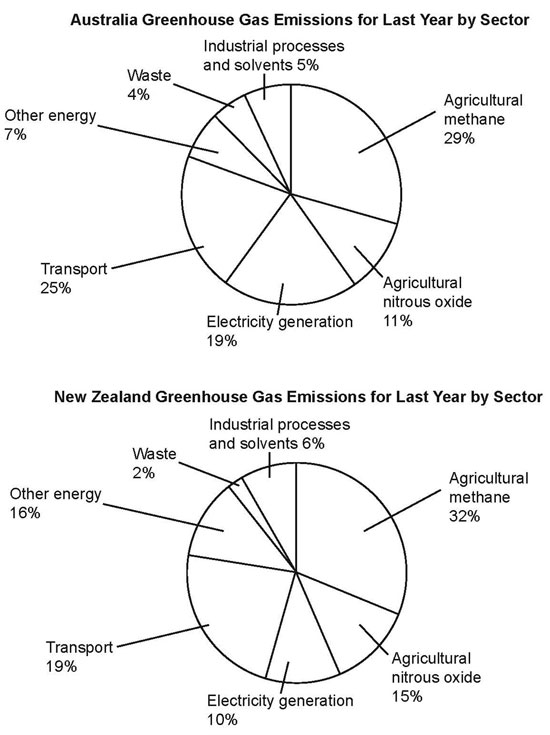 The two pie charts give statistical information on the sources of greenhouse gas emissions in Australia and New Zealand for last year.

Overall, it is interesting to note that in both Australia and New Zealand, various areas of agriculture were responsible for the most significant production of greenhouse gases last year.