IELTS Band 8 is a score many test takers dream about and work very hard for. This remarkable result that Rehan achieved in short 5 weeks of preparation was the reason for his email to us, which made our entire team very happy: 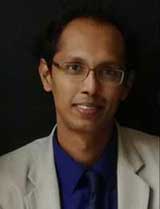 “I sat for IELTS Academic in October in Sri Lanka, and was able to achieve an overall band 8 score (Listening-9, Reading-8.5, Speaking-7, Writing-7).

IELTS-Blog.com and ‘Target Band 7’ book were great assets to help achieve my target in the first attempt. Furthermore, feedback provided for self-recorded speaking test by IELTS-Blog.com teachers has enabled me to improve my weakest component, which was speaking.

Thank you very much IELTS-blog.com team.”

We were far too curious to leave it at that. Experience shows that advice from people like Rehan can make a huge difference to other test takers, and he kindly agreed to a short interview. Here is what we learned – and remember, reading Rehan’s advice is just the first step, but implementing what you learned is the more important step, and the one that will give you great results.

IELTS-Blog.com: How did you hear about our website and the book ‘Target Band 7’?

Rehan: I encountered your book while I was searching for a Band 7 book at a library (British Council Library). Then the book directed me to your website.

IELTS-Blog.com: Did you try other websites or books before IELTS-Blog.com and ‘Target Band 7’? What websites/books?

IELTS-Blog.com: Was this your first IELTS test?

IELTS-Blog.com: How long did you prepare for IELTS?

IELTS-Blog.com: How did you organise your exam preparation, did you have a study plan?

Rehan: Yes, the plan suggested at the end of ‘Target Band 7’ book.

Rehan: Speaking and writing tests samples were the ones I used mostly. Furthermore, after finishing listening activities I listened to those audios again and again.

IELTS-Blog.com: How did you use the book ‘Target Band 7’ in your preparation?

Rehan: The book is exceptional. Even though it’s a relatively small book, all the key points are summarized nicely. I went through most of it within couple of days. More specifically, speaking test sample questions and writing tests helped me a lot.

IELTS-Blog.com: Your Listening score is the perfect 9. How did you achieve that?

Rehan: Always focus on spelling to prevent losing marks unnecessarily.
– Get familiarized with audios by listening to them even after finishing the test.
– Listen to good English (BBC podcast) daily.
– Be aware of traps in the listening tests such as answer is not the first sentence, but the second, especially when they are talking about prices.
– Practice to forget about the things you missed in a one section and divert the attention to next one quickly.
– Practice, practice and practice.

IELTS-Blog.com: Speaking was your weakness. How did you overcome that and achieve Band 7?

Rehan: I practiced answering sample speaking test questions in the book, recorded myself and listened.
– Got my speaking recording assessed by the IELTS-Blog.com teachers who revealed few important errors which I’ve being making (self correction and long pauses).
– Listening test audios were saved in my tab and I listened to them repeatedly while traveling.
– English was used to communicate with others as much as possible.
– I purposefully listened & watched only the English media.

Nikonian, an IELTS test taker and a photography hobbyist, says:

“I’d like to express my gratitude to your contribution on the book titled ‘Target Band 7‘. Briefly, it is a fantastic book and the best summary about how to beat IELTS I’ve ever read!”

Nikonian (who asked us to use this nickname for privacy reasons) is a young man from Vietnam. Since Nikonian works full time, making room for IELTS preparation in his busy day was a challenge. Yet another challenge was raising his IELTS score from Band 6 to Band 7.

Nikonian had 3 weeks to prepare, the pressure of keeping a full time job, and a requirement of scoring Band 7 or above overall, and no less than 7 in each section (Listening, Reading, Writing and Speaking).

Being unable to take a standard IELTS preparation course because of working long hours Nikonian decided to study on his own, using the book ‘Target Band 7‘, to achieve his goal.

Nikonian began studying 3 weeks before his IELTS exam. He was reading the book and practicing for 3 hours a day on most days.

Advantage 1: Nikonian’s Writing score increased from Band 5 to 6.5 in the first exam attempt, and from 6.5 to 7 in his second attempt (both with ‘Target Band 7’). At the same time he doesn’t think his level of English changed.

How:
He began to manage his time better, avoided writing too many words, and thus was able to make time for proofreading his work at the end of the Writing section. He learned how to convey the same number of ideas in a more compact essay. In his latest exam he had 10 minutes left after finishing both writing task 1 and task 2. This enabled him to find and correct all the spelling and grammatical errors before the examiner saw them.

How:
Even though the two exams were equally difficult, in the second attempt Nikonian was able to do better, because he did not panic (in fact he was much less nervous), and because he could concentrate better. Thanks to his new awareness of distractions he was able to block them and concentrate more effectively on the recording.

In the first attempt Nikonian lost the initial 10 minutes out of 30, his panic and lack of concentration caused him to lose the easiest answers in Section 1 and Section 2. In his second attempt he was able to identify almost all of the easy answers, and as the recording progressed the clues he learned about helped him identify the answers to the more difficult questions.

Advantage 3: Nikonian’s Reading score increased from 6.5 to 7 – regardless of the fact that in his second IELTS attempt the Reading texts were much more difficult compared to the first.

How:
Amongst other methods, Nikonian used the “mapping” technique that helped him orientate better and faster in the text. He understood better the main idea of each paragraph and that enabled him to find the answers quicker – because he was looking in the right places straight away.

“Dear Simone,
I’d like to express my gratitude to your contribution in the book titled ‘Target Band 7’. Briefly, it is a fantastic book and that is the best summary about how to beat IELTS I’ve ever read!

Previously, I took IELTS two times, but I never got 7 for any section (ashamed!) Since I read your book, I immediately scored 7 overall, but it was not enough for me with the requirement of all bands 7 (my writing was 6.5). I took another exam on the next available date, and my overall score was 7.5 with all bands 7!

I did not attend any IELTS preparation course. I also didn’t have much time for preparation because of my full-time working commitment. I had only 3 hours per day within 3 weeks for my preparation between the last two exams.

So, I can say my knowledge of English was not much improved by that time, because the interval between exams was too short (theoretically, we can only improve 0.5 IELTS band within 10 weeks of intensive preparation course). Most of the time I just read your book. And I made it! Thank you very much.”