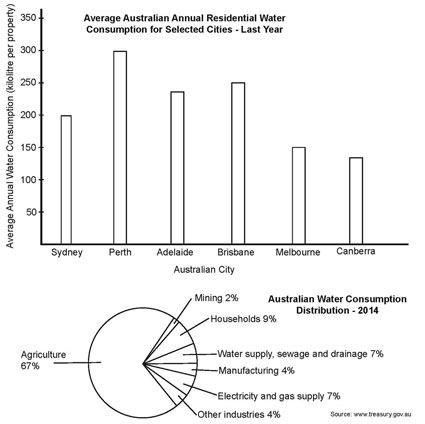 It can clearly be seen that water supply affected most of the key parts of Australian life and industry, but the most severely affected sector in a shortage would be agriculture.

Among industries, the largest water user in Australia last year was agriculture, which took up over two thirds of usage at 67%. The next largest usage was by households (9%), water supply, sewage and drainage (7%) and water used for electricity and gas supply (7%). The rest was used by manufacturing (4%), other industries (4%) and mining (2%).