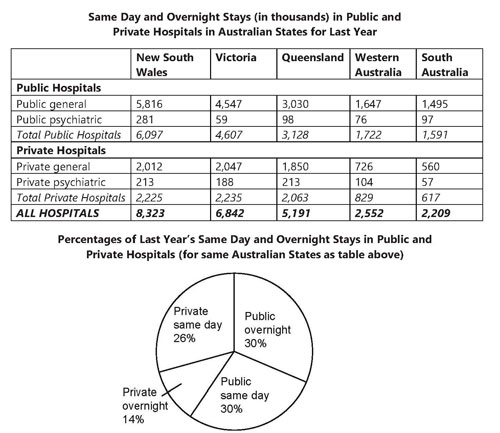 The table and the pie chart both show last years’ visits to hospitals in Australia. The table shows the number of days that patients stayed at either public or private hospitals, while the pie chart shows the percentage of patients that stayed overnight or left the same day. Both charts present information for the same Australian states, New South Wales, Victoria, Queensland, Western Australia and South Australia.

Total numbers were highest for New South Wales (8,323 days) and lowest for South Australia (2,209 days), in line with their population sizes.