The two tables below show statistics of workers of foreign and US birth in the United States last year. 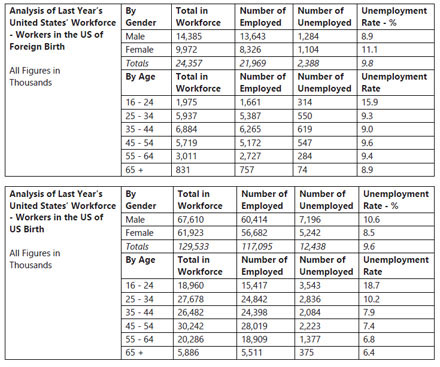 Overall, it can be seen that in spite of the much larger numbers involved with the US birth workforce, the total unemployment rates were quite similar for the two cohorts.