This is a model answer for an Academic Writing Task 1 from the IELTS exam in Taiwan, shared yesterday. This response is likely to get Band 8 or 8.5 in IELTS.

The graphs below show how often people exercised in Europe in 2016, by age group and gender. Summarise the information by selecting and reporting the main features, and make comparisons where relevant. 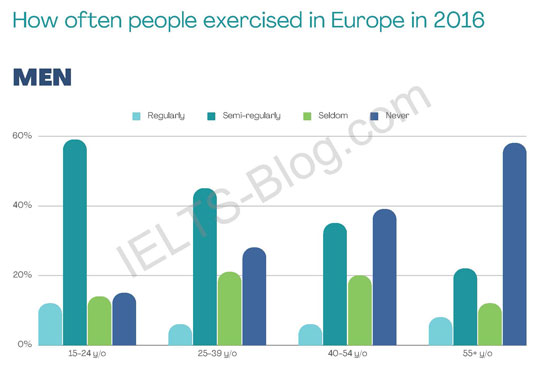 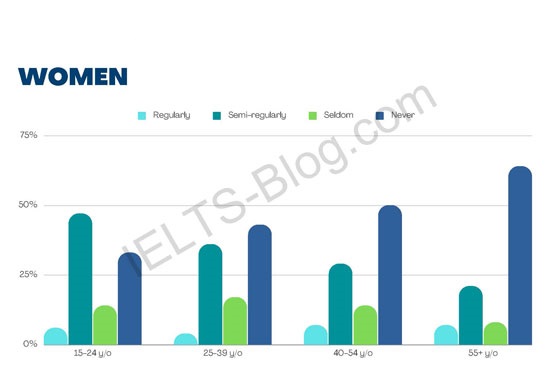 The bar graphs describe the frequency with which men and women in Europe engaged in physical activity in 2016. The participants are split into 4 age groups (15-24, 25-30, 40-54 and 55+ years old) and the data is presented in percentages.

It can be clearly seen that for both men and women regularity of exercise dropped with age, and the percentage of people who never engaged in physical activity increased, peaking in the oldest age group.