You are here: Section 2

Did you know?
All of the question types, timings and pauses between recordings in this free online IELTS listening test are EXACTLY what you can expect in the IELTS test. Our free online material has been designed to emulate the IELTS test as accurately as possible in every aspect.

Looking for even more listening practice tests?
Our complete online IELTS course has 15 complete practice tests as well as lessons, exercises and end of lesson tests with complete IELTS recordings. In the online course, your practice test answers are also automatically marked and graded by our online system. 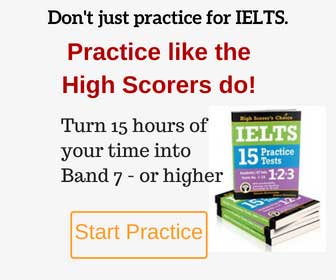 We strongly recommend that you do not pause the recording during this practice test – the exact timing you will have in the IELTS test is already built in, so pausing the recording will not give you an accurate idea of your level.

When you have finished the test, take a note of the number of correct answers you got and move on to Section 3.

Complete the tables below. If there is no information given, write X. Write NO MORE THAN TWO WORDS AND/OR A NUMBER for each answer.

Complete the summary below USING NO MORE THAN TWO WORDS OR A NUMBER.

Taking three days to complete, the (16) Show answerIndian Pacific is one of the world’s longest train journeys. The Ghan is shorter, passing through towns built by the (17) Show answerearlier/early settlers. There is also a sculpture designed to mark the laying of the (18) Show answermillionth concrete sleeper. The Overland was the first train to travel between the capital cities in two (19) Show answerstates and it is also the oldest journey of its kind on (20) Show answerthe continent.

Once you have finished, check your answers, then move on Section 3.

Show the transcript
When thinking about beautiful countryside or stunning views, it has long been accepted that Australia and New Zealand have few equals. What is perhaps slightly less well known is what these countries can offer to the avid train enthusiast. Both countries have railways which pass through breathtaking scenery in the utmost of comfort.

In New Zealand you can travel from the country’s biggest city, Auckland, to where a third of the population lives, its capital, Wellington, on the longest passenger rail service in the country – the Overlander. Crossing 681 kilometres, the train winds through the lush farmland of the Waikato and up the Rarimu Spiral onto an amazing ‘volcanic plateau’ surrounded by native bush. On a clear day you will be able to see three of New Zealand’s most famous volcanoes — Mount Ruapehu, Mount Ngauruhoe and Mount Tongariro. The whole journey can be completed in 11 hours, but for those keen to see a little more of the country, the trip can be extended over three or four days. This gives travellers the opportunity of seeing the famous Waitomo caves, relaxing in the mud pools of Rotorua, or skydiving over Lake Taupo.

Moving on to the South Island, you can take the Transalpine through the Southern Alps, travelling from the South Pacific Ocean to the Ta an Sea. Climbing from Christchurch right into the alps, this 223 km trip is particularly impressive as the train passes through 16 tunnels before descending to Greymouth at the end of the line. Taking only five hours, this is a relatively short trip, but it is worth noting that this journey has been listed as the sixth most scenic rail route in the world. For those that are not so keen on mountains, the South Island has a second option —the Transcoastal. With the sea on one side and the mountains on the other, it again shows some of the best scenery New Zealand has to offer. Also taking ?ve hours, one of the highlights of this journey is the opportunities for whale watching. The fortunate few that see whales are well rewarded, but there are more common sights which are just as enjoyable, such as penguins and seals.

Although these three train journeys are undeniably breathtaking, some travellers prefer the longer journeys on offer in Australia. The Indian Pacific, for example, which travels from Sydney through to Perth and has been dubbed ‘the adventure that spans Australia’. With three nights on board, the train takes in the Blue Mountains and the Nullarbor Plains, and, as the name implies, the Indian Pacific shows you two oceans. This train journey holds two world records: covering 4352 km, it is one of the world’s longest train journeys. it also travels the world’s longest straight stretch of railway track (478 km). For those who ?nd these distances a little daunting, passengers can stretch their legs at a number of different stops such as Kalgoorlie, famous for gold, and Broken Hill, ?rst founded as a silver mine.

If three days on board a train seems a little excessive, there are alternatives. The Ghan, for example, which travels from Adelaide in the south to Alice Springs in the centre of the continent, taking 20 hours. Passing through Crystal Brook, Port Augusta and Woomera, this journey gives an indication of what life was like for the earlier settlers as the discovered the country. Along the way. you can also see the Iron Man sculpture, F which was constructed by railway workers to commemorate the one millionth concrete sleeper laid during construction of the line.

Finally, just a quick word about the Overland, which runs between Melbourne and Adelaide. As the first train to travel between the capitals of two states, it is a historic as well as relaxing way to travel, and is famous for being the oldest long-distance train journey on the continent.

With so many memorable journeys to choose from, the only problem you will have is knowing which one to do first.